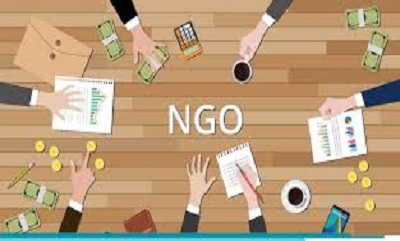 “NGO may be defined as association having a definite cultural, Educational, economical, religious or social a its main objective. They are not owned by any one and cannot distribute its profit/surplus as such. Whatever, profit/surplus they may earn from economic activities are reinvested or spent on appropriate non profit activities. The typical sources of revenue of non government organizations are donations, grant, gift, membership fee and interest on investment”. Now a days, the word NGO denotes to registered trust, societies, cooperative societies, endowments, non profit companies, etc. working for the welfare, development and progress of public at large and in a way supplement to the similar functions being carried out by the state and hence, called as Non Government Organizations (NGOs).

The public charitable trust is one of the possible form of not-for-profit entity in India. Typically, public charitable trusts can be established for various purposes, including the relief of poverty, education, medical relief, provision of facilities for recreation, and any other object of general public utility. Public Trusts are generally irrevocable.
Typically, a public charitable trust must register with the office of the Charity Commissioner having jurisdiction over the trust (generally the Charity Commissioner of the state in which the trustees register the trust) in order to be eligible to apply for tax-exemption.  In the metro city  of India, Trust can be registered  in the office of  Sub-Registrar.

Societies are membership organizations that may be registered for charitable purposes. Societies are similar in character to trusts, although there a few essential differences. While only two individuals are required to form a trust, a minimum of seven individuals are required to form a society. The applicants must register the society with the state Registrar of Societies having jurisdiction in order to be eligible to apply for tax-exempt status.Societies are usually managed by a governing council or a managing committee. In general, Indian citizens serve as members of the managing committee or governing council of societies, although there is no prohibition in the Societies Registration Act against non-natural legal persons or foreigners serving in this capacity. Societies are governed by the Societies Registration Act 1860, which has been adapted by various states. Unlike trusts, societies may be dissolved.

Any person or an association of persons intending to be registered as a limited company for charitable purpose can apply for registration of Section 8 Company to the Registrar of Companies of respective state where the promoters intent to have registered office of the company.  At least three individuals are required to form this type of company. The founders or promoters must submit application to the Regional Director of the Company Law Board. The application must include copy of the Memorandum and Articles of Association of the proposed Company, a statement of assets a brief description of the work proposed to be done upon registration and other documents  as prescribed under the Law. A firm can be a member of a section 8 Company.

However, it shall have to prove to the satisfaction  of the Registrar of Companies that:-

(a) its objects includes promotion of commerce, art, science, sports, education, research, social welfare, religion, charity, protection of environment or any such other object;
(b) the company on incorporation intends to apply its profits/surplus, if any, or other income in promoting such object; and
(c) the company prohibit the payment of dividend to its members.

The Registrar on being satisfied after having objection from public at large or any other  authorities and regulatory bodies at its discretion, may grant the licence to the Company  and such licence may contain conditions as may be deemed necessary by the Registrar. The Registrar may direct the company to insert in its memorandum, or in its articles, or partly in one and partly in the other, such conditions of the license as may be specified by the Registrar in this behalf. The Section 8 Company shall enjoy all the privileges and be subject to all the obligations of limited companies under the Companies Act, 2013.
To alter the provisions of its memorandum or articles of association, section 8 company will have to obtain the previous approval from the Central Government. These companies must apply its surplus, if any, or any other receipts for the promotion of its objects, and may not pay a dividend to its members.

The internal governance of a section 25 or Section 8 company is similar to that of a society. It generally has members and is managed by directors or a managing committee or a governing council elected by its members.

Like a society (but unlike a trust), a section 25 or section 8 company may be dissolved  after settlement of all debts and liabilities, The funds /property of the dissolved company will not be distributed among the members of the company. Rather, the remaining funds and property must be given or transferred to some other similar company of section 25 /8 , preferably one having similar objects as the dissolved entity.

Since the services of the NGOs are supplemental to the similar function of state, These entities are eligible for certain tax benefits. Even the donors/sponsoring authorities have been encouraged by the Government by way of allowing tax benefit for contribution to these entities. The NGOs/donor can claim tax benefit under the following section of Income Tax Act, 1961.

Tax Benefit under Section 12A – to NGO

Any voluntary contribution received by NGO or income out of property held under Trust is exempted from Income Tax provided such NGO is registered u/s 12A of Income Tax Act, 1961.

The NGO  getting itself registered u/s 12A of the Act  needs to apply  to the Director of Exemption, Income Tax in the prescribed form (10A) alongwith following documents:-

The Income Tax Department on being satisfied about the charitable character of the NGO will grant registration certificate u/s 12A of the Act. The Registrar may also verify the original documents as submitted. The registration so granted is valid   for indefinite period until unless it is cancelled by the Issuing Authority.

Tax Benefit under Section 80G– to Donor  and NGO

An NGO can avail income tax exemption by getting itself registered u/s 12A as stated above, but such registration does not provide any Tax benefit to the persons making donations. The Income Tax Act has certain provisions which offer tax benefits to the "donors" also.

All NGO's should avail the advantage of these provisions to attract potential donors. Section 80G is one of such sections. If an NGO gets itself registered under section 80G then the person or the organisation making a donation to the NGO will get a deduction of 50% from his/its taxable income.  The NGO can apply for necessary Registration u/s 80G of the Act in Form No. 10G simultaneously while filing the application in Form 10A for tax exemption u/s 12A of the Act.

An NGO is eligible for registration u/s 80G of the Act on fulfillment of following conditions:-

Section 35AC grant tax benefit  to both the donor and done.  The  NGOs notified u/s 35AC of the Act is eligible for 100% tax exemption on its income u/s 10(21) of the Act  and simultaneously the donee also receive  100% rebate of Income Tax on the donated  amount.

REGISTRATION UNDER SECTION 35AC
The Central Government approves certain NGOs and notifies them as eligible for project or schemes for the purposes of section 35AC. Central Government has constituted a National Committee to identify projects and schemes to be notified under section 35AC, Such committee normally consists of eminent persons. All NGOs are entitled to apply to the National Committee to get its projects or schemes approved. The application for approval should be made to the Secretary, National Committee for Promotion of Social & Economic Welfare, Dept. of Revenue, Govt. of India, North Block, New Delhi – 110001 alongwith necessary enclosure as prescribed in the applicable Rules of the Act.

THE FOLLOWING PROJECTS ARE ELIGIBLE FOR APPROVAL:-

CERTIFICATE TO BE ISSUED TO THE DONOR

All approved NGOs are required to issue a certificate  in Form 58A to the donor for all contributions & receipts under section 35AC. This certificate will enable the donor to claim exemption from its taxable income

Any scientific research association / organization which has its objects, carrying out the scientific research or social science research or social science research can be approved under section 35 (1) (ii) and 35(1) (iii) in accordance with the guidelines and other conditions as may be notified in the official gazette of the central government. On the one hand income of these institutions are exempt under section 10(21) of the act whereas on the other hand, donor will receive weighted deduction upto 175% on the donated amount.

The application for approval under section 35(1) (ii) / (iii) of IT Act 1961 may be submitted to the Director of Income Tax ( Exemption ) IT of the jurisdiction of the assessee association in the prescribed form along with various information such as :-.

Income  of all institutions  established in India having their objects for encouragement of profession of  law/medicines/accountancy/engineering/architects or other professions is exempt  u/s 10(23)(a) if they are approved by the Central  Government as per the prescribed procedure.

Income  of  Universities/Hospitals  established in India for non profit purpose  can be claimed as exempt  u/s 10(23)(C) if  they are approved  by the Central  Government as per the prescribed procedure.