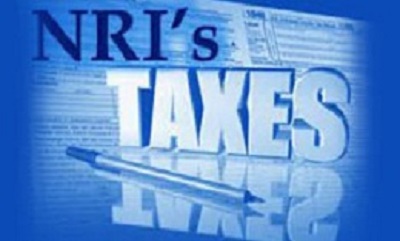 Not just to the local client base, PRAKASH K PRAKASH offers a complete range of NRI services in India for foreign client also. From handling NRI investment-related queries, to provide solutions for setting up business in India, Banking Solutions to assisting returning/emigrating Indians- our NRI Consultancy Services involves all these aspects & many more. Being an experienced NRI Legal Consultant, our dedicated team has successfully provided effective solutions to many foreign clients over the years.

We have experience in providing a multitude of services to diverse client profile as under:-

An Indian residing abroad is popularly known as Non-Resident Indian (NRI). However, the term NRI has been defined in different ways under the Foreign Exchange Management Act, 1999 (FEMA) and the Income Tax Act, 1961(IT Act).

NON RESIDENT UNDER INCOME TAX ACT, 1961:
Under the Income-tax act, there are following types of the Resident:

Residential status as mentioned above is determined upon number of days a person is physically present in India. It is pertinent to note that person who are “Non-Resident”, “Resident but not Ordinary” and “deemed Resident” are liable to pay Tax only on their India Source of Income whereas a “Resident – Ordinary” is liable to pay tax on its global Income.

As per General provision of the Act, an Individual is said to be Resident in India, in a financial years, if he/she:

Meaning thereby , in case of Indian Citizen, person of Indian origin and crew member who left India for employment , instead of checking criteria of 60 days , criteria of 182/120 days need to test .

Resident but not ordinary resident

A person is said to be "Resident but not ordinary resident” in India, if such person is:

Finance Act, 2020 has inserted a new clause (1A) to section 6 of the Income-tax Act. As per this new clause, an individual shall be deemed to be Indian resident under the new provision only when he is not liable to tax in any country or jurisdiction by reason of his domicile or residence or any other criteria of similar nature and its total Income from other than foreign sources exceeds Rs. 15 Lakh.

A Person of Indian Origin (PIO) is simply a person of Indian origin who is not a citizen of India. However, for the purpose of acquisition and transfer of immovable property in India - PIO means a citizen of any country other than Bangladesh or Pakistan or Sri Lanka or Afghanistan or China or Iran or Nepal or Bhutan if –

Likewise, PIO for the purpose of investment of shares in India / opening non-resident account in India/ remittance of assets, PIO means a citizen of any country other than Bangladesh or Pakistan, if-

The impact of R but NOR status is that foreign passive incomes likes interest, dividend, royalty etc. would not be taxable in India in respect of a person who is R but NOR. Even share of profit of a partnership firm or any other business income would not be taxable in India, if the business in respect of which such income arises is not controlled from India. In other words, all foreign sourced income of a R but NOR is not normally taxable in India unless it is derived from a business controlled in or a profession set up in India uptill two years after his return to India.

Therefore Immaculate tax planning, in advance i.e. prior to return to India, holds paramount significance for NRIs intending to return to India. An individual who is non-resident for 9 consecutive years, shall remain RNOR for 2 subsequent years and as such his foreign income is not taxable in India while his status is that of RNOR. The status of RNOR renders certain income of such individual non-taxable as explained in Tax liability of NRIs

NRI who return to India for permanent settle in India, should know various aspects of Foreign Exchange Regulations (FEMA), Indian Taxation and Banking Regulations in order to rearrange his financial affairs in India and outside India.

When relocating to India, the following aspects should be taken care of:

In the year of return to India.

In the subsequent years.

In the case of NRI, OCI and Foreign Resident on sale of immovable property in India, TDS/Withholding Tax   provisions have been specified u/s 195 of Income Tax Act. As per this section rate of TDS is 20%   of sale consideration if the property is long term capital assets or it is 30% of sale consideration if the property is short term capital assets.  As against such proposition under the law, generally on all property sale transactions actual tax liability of the seller is lesser than the proposed TDS amount.  To overcome blockage of funds,  with tax department, income tax law provide for lower deduction TDS certificate also known as TDS exemption certificate u/s 197 of the Act.  Such certificate can be obtained by way online filing  of form No. 13  to the jurisdictional officer alongwith requisite documents such as:-

WHERE WE CAN HELP

TO NRI WHO HAVE / INTENDS TO HAVE INVESTMENTS IN INDIA

For Non resident Indians who have certain investments, property and bank accounts in India, we manage their financial affairs in India in its entirety as follows:

TO NRI WHO INHERIT ASSETS IN INDIA

A NRI inherits assets in the form of investments, property etc in India and intends to either liquidate them and repatriate the sale proceeds of the same or manage the same in most tax efficient manner. We enable him to achieve these objectives by facilitating the clearance from Income Tax, RBI and other regulatory authorities.

A NRI/ other non-resident businessman intends to set up business in India. We enable him to do so by providing the following services:

An emigrating Indian wants to retain/ disinvest assets (property, investments, and business) acquired in India and repatriate the income/ sale proceeds thereof. We enable them to do so as follows:

WHERE WE CAN HELP